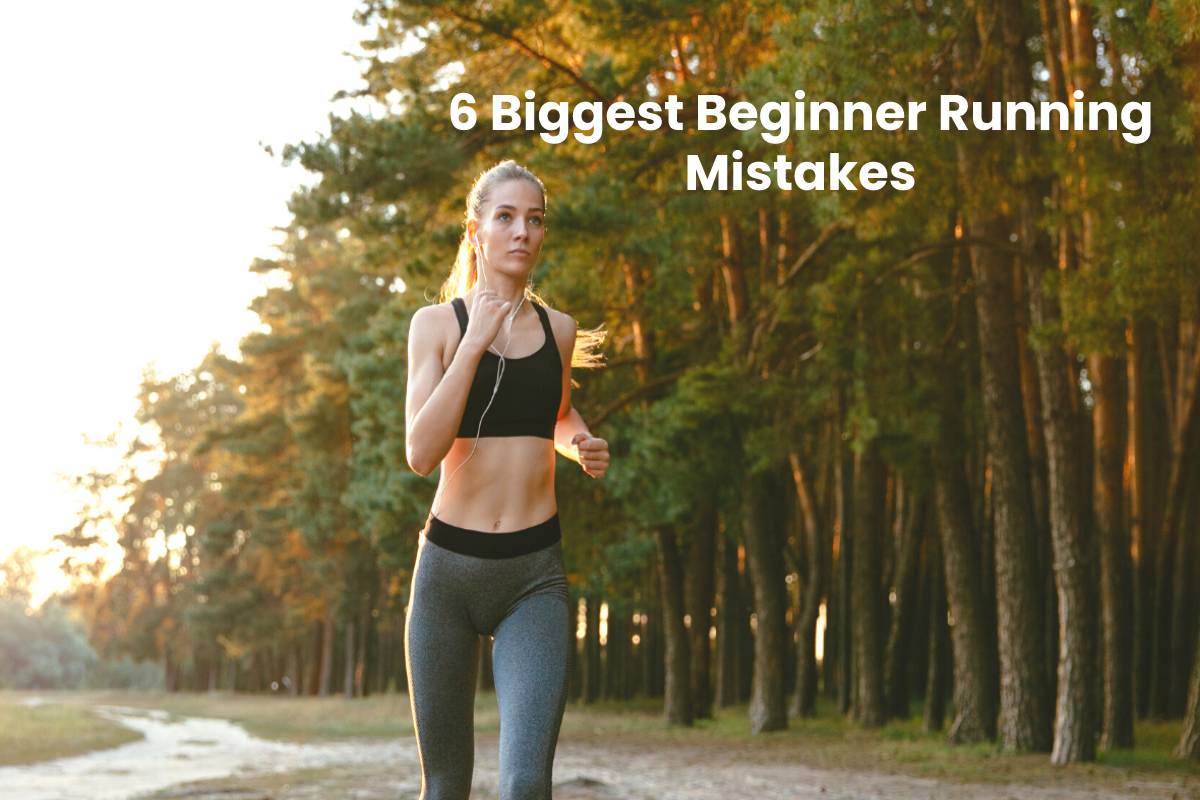 Running is one of the most popular forms of exercise. All it requires is a pair of shoes and you can do it almost anywhere.

But as with any sport, beginners tend to make some crucial mistakes that could leave them injured and unable to continue.

So whether you’re training for a marathon, half marathon, 5K, or just a run around the block, here are 7 beginner running mistakes to avoid:

Make sure your running shoes fit and that they aren’t too worn. Otherwise, you’ll cause yourself unnecessary pain and injury.

For example, shoes that are too small may cram your toes. Or shoes that have worn soles might lack support for your heel.

So replace your running shoes regularly when they wear out and don’t buy ones based on looks alone. Make sure they are the right size and from a quality brand.

It’s easy to underestimate how much fluid you need when running. But remember, you’ll probably work up a sweat, which means you need water in your system to prevent dehydration.

In addition, you’ll want to get enough fuel from carbohydrates. Running burns a lot of carbs, so eat a light snack before that’s high in carbs (like an energy bar) before starting and make sure to replace the burned carbs after the run as well.

Following a running schedule or having a personal running coach is good. But you don’t want to let them get in the way of you listening to your body.

If you’re injured, you feel a cramp coming on, or you’re just not feeling good, it might be time for a break. Or if you notice a lot of back pain, it might be time to see a spine specialist to see what’s going on.

As long as you’re not using it as an excuse to be lazy, it’s okay to take an unplanned rest day every once in a while.

Another common beginner mistake is overstriding. This means landing heel-first with your foot when it’s still ahead of your center of balance.

Many beginners naively think that overstriding will help them run faster. But it’s actually bad form that could lead to foot problems later on.

So try to land mid-sole with your center of gravity over your foot instead. That way, you more effectively support your upper body and prevent injury.

Running takes a lot of oxygen. But as a beginner, you may find yourself breathing too shallow, which can lead to side cramps. Or you might breathe too hard, which is a sign you should slow down.

Run at a pace where you can breathe comfortably. Breathe through your nose and your mouth so that you get the air you need. As a test, see if you can keep a conversation with someone. If you can’t, you should probably slow down.

Lastly, many beginner runners do too much, too soon. They get so excited that they overexert themselves, which leads to burnout and injury.

So start slow. Pace yourself and give your body enough time to adjust to your new running habit. That means taking time to recover with at least one full rest day per week and increasing your speed and distance only incrementally.

It’s never too late to get in better shape. And running is a great way to do it. Now that you know what mistakes to avoid, you’re off to a great start.