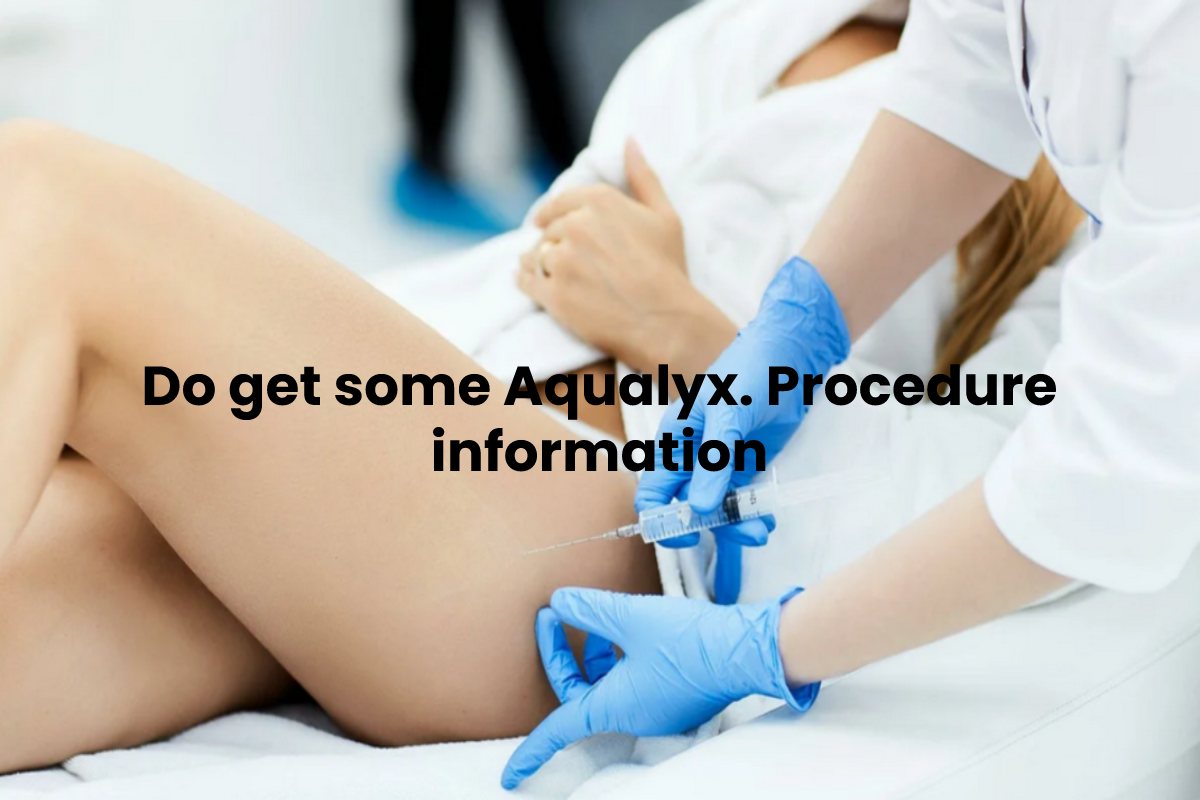 Do get some Aqualyx. Procedure information

Aqualyx Intralipotherapy is an injectable non-surgical liposuction technique that reduces fat deposits in various body parts in just one procedure. This drug was developed by Pasquale Motolese, a Spanish plastic surgeon and professor.

Aqualix is indicated for correcting various areas of the face and body on its own or in combination with hardware methods of cosmetology, massage, sports and dieting. Intralipotherapy using Aqualix does not require special training. The cosmetologist individually determines the number of sessions for each patient and on average varies from 1 to 5 at a certain interval.

It is important to note that the procedure aims to combat fat deposits in certain parts of the body and is unsuitable for general weight loss. With the help of Aqualyx Intralipotherapy, it is possible to model the contours:

The Aqualyx intralipotherapy procedure is based on the body’s natural processes, and therefore is safe and effective. The drug works exclusively at the injection sites and does not apply to the surrounding areas.

For one session, as a rule, only 1-2 injections are enough. Aqualix is injected with a special needle and evenly distributed in the area of fat deposits. Subsequently, the destroyed fat cells are not restored.

Recommendations after the procedure

Within 7-10 days after the Aqualyx intralipotherapy, it is recommended to exclude the effects of heat and ultraviolet radiation on the correction zones (including the exclusion of visiting the bath and sauna). It is also necessary to observe the drinking regime (at least 2 liters of water per day) and limit the intake of fats and carbohydrates.

After the introduction of “Aqualix”, as after any procedure associated with injections, it is recommended not to use cosmetics during the day and avoid direct sources of heat for a week: do not go to the sauna, do not go out into the sun. As a rule, the marks of the injection disappear completely within three days, when the swelling passes. Around this period, the results become clearly visible.

Side effects and possible complications

“Aqualix” is extremely safe, and undesirable consequences when using it remains practically excluded.

However, despite the drug’s safety

, it is necessary to consult a doctor before using it. “Aquatic” has certain contraindications, in particular, skin diseases in the injection area, autoimmune diseases, pregnancy and breastfeeding.

For injection lipolysis with Aqualix to bring the maximum effect, many subtleties and rules must be observed. And the first of them: Aqualix slimming injections can only remain practised by a highly qualified doctor trained in intralipotherapy technique.

“Where before I had to rely only on liposuction to prepare a patient for surgery, tests and intravenous anaesthesia, now for some patients, I have an effective alternative – intralipotherapy with Aqualyx plus the aqualyx price is affordable.

This drug remain officially approved and registered in Russia and Europe, which means it is safe for certified specialists. It is the most effective non-surgical treatment for localized fat deposits.” Plastic surgeon, body aesthetics specialist.

7 Pairs Of Shoes Every Woman Should Have In Her Wardrobe

How To Rock A Hoodie In 5 Stylish Ways: By Fashion Designers

Will insurance cover the entire cost of my dental implants?

10 Things to Do Before Working Out