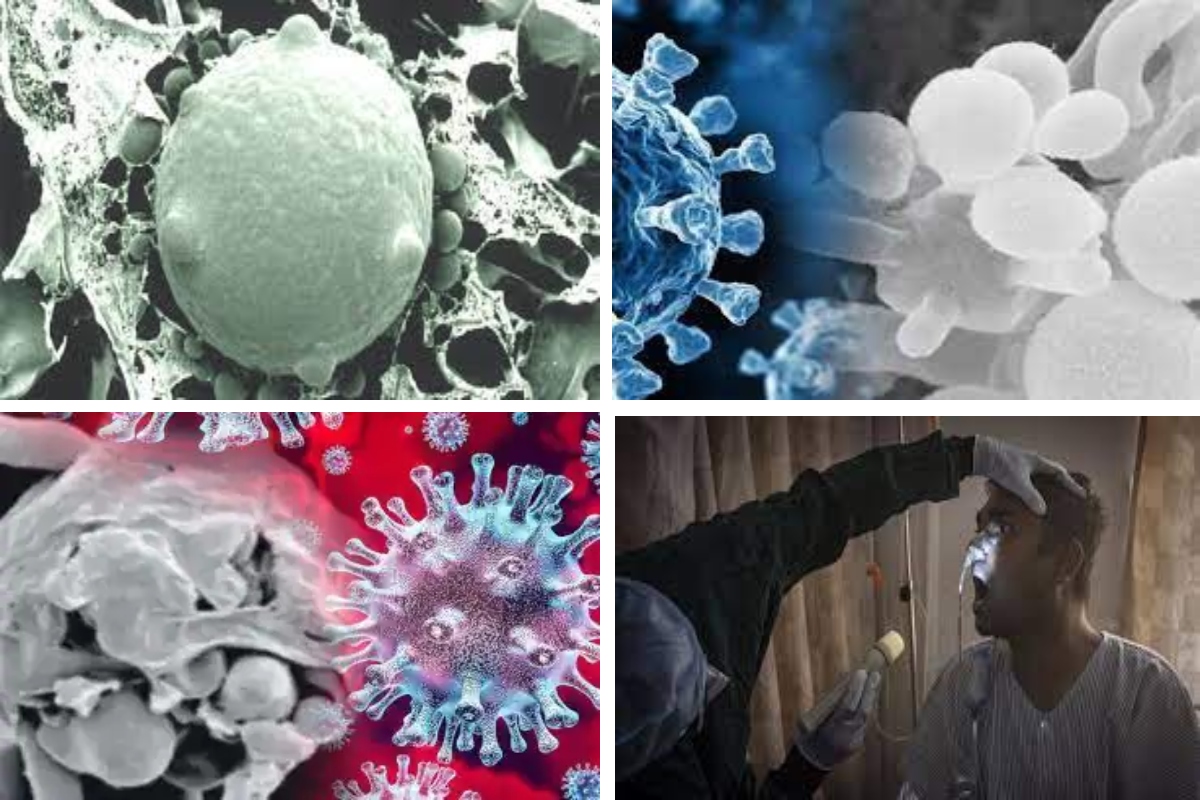 What is White Fungus?

White Fungus is a common infection that can be cured with commonly available drugs. It is common in rural areas because it is carried by dust, hay, or other similar particles. Known as Aspergillus Flavus infection in medical terminology, it is not a new disease or as deadly as mucormycosis, as quoted by PTI.

White fungus is a species of yeast, Candida. It grows in the lab as white / creamy spots on agar plates. In humans, they reappear more frequently as creamy-white spots on the lining of the oral cavity. They are commensal in the oral cavity and the gastrointestinal tract and are also present on the skin.

The infection can be due to poor immunity, says Dr Kumar, contact objects containing these moulds like water, etc. “So sanitation is important,” he advises.

“Patients with white fungus have symptoms similar to Covid, but the test is negative; CT scan or X-ray diagnose the infection,” said the doctor.

He adds that the white fungus can affect not only the lungs but also other parts of the body, such as “the nails, the skin, the stomach, the kidneys, the brain, the private parts, and the mouth,” he adds.

Why are COVID patients prone to white fungus infection?

According to the doctor, patients with COVID-19 are more prone to white fungi as it affects the lungs and creates similar symptoms to the coronavirus.

“Those with low immunity like diabetes, cancer patients, and those who take steroids for a long time should be especially careful because they are at higher risk. It also affects coronavirus patients receiving oxygen,” he says.

Now, doctors are reporting an increase in other fatal fungal infections in Covid-19 patients, mainly after a week or ten days in intensive care.

Effects of 2 species of Candida Fungi

There are two species of Candida fungi, Auris and Albicans, and they can be fatal to humans. Aspergillus, another type of group of fungi, affects the lungs and can also be deadly. Among the more than five million fungi, Candida and Aspergillus are the two main groups that cause many human deaths.

Candida is a germ that is present on many surfaces, such as shower curtains, computer screens, medical stethoscopes, and railings in rail cars.

Doctors say that C. Auris frequently causes infections of the blood, but it can also infect the respiratory system, internal organs, and central nervous system, as well as the skin.

Aspergillus also remains in the atmosphere and is often present in heating or air conditioning systems.
Usually, our immunity helps prevent fungal spores from entering the airways. But in patients with Covid-19, the fungus, aided by damage to the skin, blood vessel walls, and other airway linings by the coronavirus, manages to enter the airways.

This infection affects between 20% and 30% of critically ill Covid-19 patients on Ventilator, according to Dr SP Kalantri, medical superintendent at the 1,000-bed Kasturba non-profit hospital in Wardha Maharashtra state.

What are the symptoms of white fungus infections?

Symptoms of some fungal infections can be similar to those of Covid-19, such as cough, fever, or shortness of breath.

For superficial candida infections, symptoms include a white yeast infection, which is why it is sometimes called “white fungus” in the nose, mouth, lungs, stomach, or nail bed.

When the insect enters the bloodstream for a more invasive form of infection, symptoms are usually low blood pressure, fever, abdominal pain, and urinary tract infections.

Why do these white fungus infections occur?

“With a prolonged pandemic, complacency and fatigue have taken hold of healthcare workers. Infection control practices have declined. This is the leading cause,” explains Dr Arunaloke Chakrabarti, president of the International Society for Human and Animal Mycology.

Other Reasons for infections

There are other reasons as well. Overuse of steroids and other medications, which weaken the body’s immune system, and underlying conditions make Covid-19 patients in intensive care more prone to these types of infections.

“These fungi generally cause infections after the body’s immune system is drastically suppressed. And they are also known as opportunistic infections,” says immunologist Dr Zachary Rubin.

Dr Rubin says that HIV / AIDS patients are at a significantly higher risk of getting sick from such fungi.
“These fungal diseases are generally rare in association with Covid-19, but they are becoming increasingly common in India. ”

Diagnosis is not easy; tests usually require a sample from deep in the lungs. And drugs are expensive.
“It is troubling and frustrating for the doctors treating these infections.

Black fungus – Symptoms, Precautions, Treatment, How many cases are present in India?

Things you need to know about Ray-Ban lens replacement

Black fungus – Symptoms, Precautions, Treatment, How many cases are present in India?