Does Your Teenage Son Have Behavioral Problems: 10 Signs To Watch For 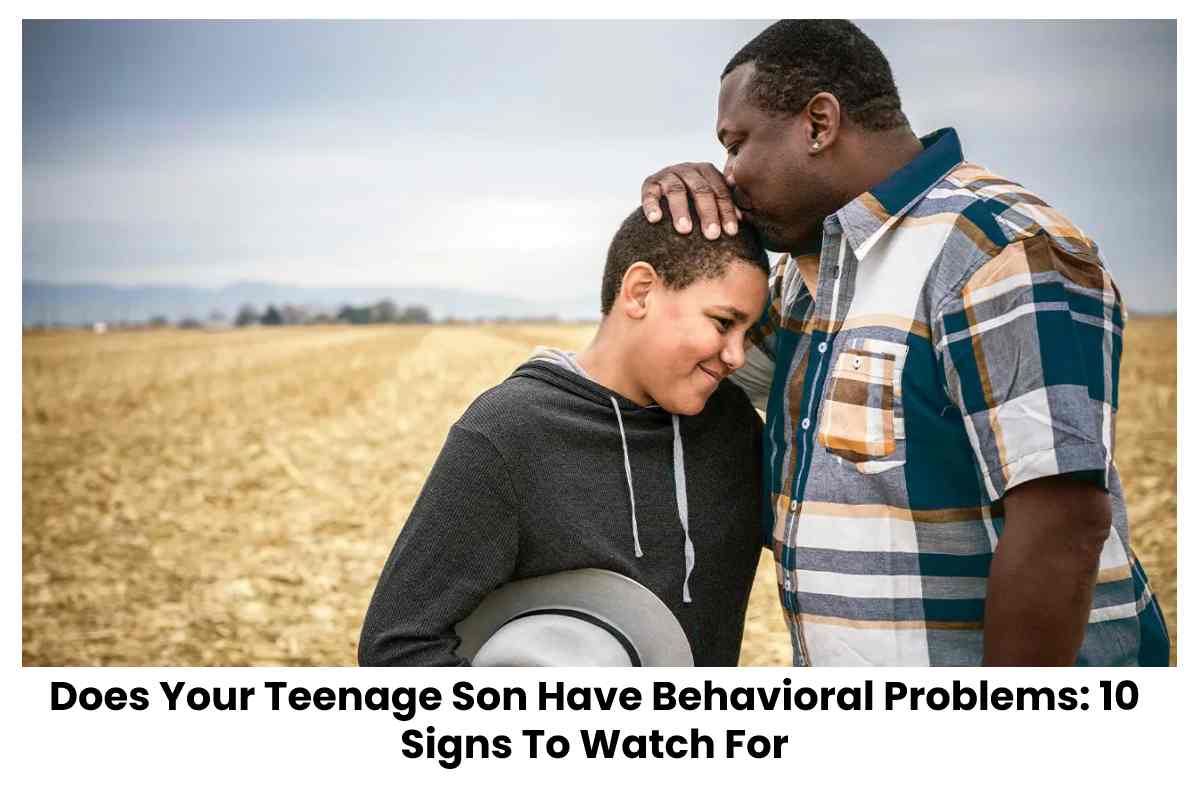 Anyone who has raised a teenager will tell you that telling the difference between behavioral problems and a normal amount of developmental sass is almost impossible. However, people that raise their teenagers are not always experts in how teenagers develop.

When you are in the process of raising a teenager, you rarely get a window into how other teenagers live. Even if you meet other teenagers through your teenage son, you will never spend as much time around them as you spend around your own child.

The result is that you might have perfect knowledge of how your son acts, but no standard by which to compare it to. Well, you have done the right thing by reading about it before making a judgment. Today we are going to talk about the 10 signs of behavioral problems in teen boys.

A Lack of Empathy

As far as red flags go, this one is pretty red. If your teenage son seems to easily disregard the feelings of others, then that can be a strong indicator that they have a behavior problem that is more complex than normal teenage attitudes.

A lack of empathy for other people’s feelings can make it easy for them to come to the conclusion that hurting others is okay. They need to have this problem corrected before they act on this conclusion.

Many people imagine self-consciousness to be a behavior normally associated with the insecure. And that is technically true. But insecurity does not always show itself as someone who is constantly afraid of criticism or nervous around others, as is usually imagined.

Self-consciousness can also mean a preoccupation with appearance and how one is viewed, which are both warning signs of narcissism.

A teenage boy who feels the need to get the last word in every discussion is quite common. After all, men in our society are expected to be winners, and many teens are taught that if they are not the one ending the conversation, they are not “winning”.

But this behavior can also become highly anti-social, as it demands that talking be used not for communication, but as a method of jockeying for position.

Not every behavioral issue is about the teenage boy hurting others. Some of the most common issues with boys’ behaviors is how easy they find it to hurt themselves, oftentimes through neglect. Watch out for what your son is eating, how much they are eating, and how well they are sleeping. If they are neglecting these things, they might have a negative outlook for the future.

An extension of self-neglect is when they start doing things that are likely to physically injure them. The most common examples are driving fast, getting into fights, or using illicit substances.

All of these actions by themselves will usually have a motivation of wanting to have fun or impress others. But they all demand that your teen boy give in a little more to the habit of getting ready to be hurt. And that habit can have damaging long-term effects.

You might think that this one is a little obvious, and it is certainly more straightforward than some of the others. But it is also more common than you might think. People often imagine inconvenience being visited on people who wrong them. The difference is in how bad it gets.

Does your teenage son want the people that hurt him to be hurt? That’s normal. Does he want to be the one that hurts them? That’s bad. Does he have vivid, detailed ideas, or even plans, about how to go about hurting them and get away with it? That is a serious problem.

Another one that is easy to pick up on, but at the same time hard to penetrate. These days, joking about wanting to die is quite common, as troubling as it is.

But like with violence, an offhand joke about preferring death is different than having the idea that dying might solve a problem, which is itself different from planning to die.

The really elusive thing about negative self-talk is not just that everyone does it, but that it can be sneakier than just someone insulting themselves. A person who chronically downplays their accomplishments in an attempt to seem humble is engaging in negative self-talk.

Remember to keep your teenage son’s spirits up about his accomplishments. Remind him to feel good about what he has done, no matter how small, as he deserves to be happy.

If your teenage son does this, it can have a seriously negative impact on their mind.

This can indicate an issue with his confidence. Trying new things should be fun. If your son has such internalized shame that he can’t even do things on his own without feeling the weight of self-criticism, then that is a sure sign of a behavioral issue.

It is too often said that boys are easier to raise than girls. Most people who say this only feel that way due to their comfort in expecting boys to solve their own problems. But boys require just as much guidance as girls if you want to avoid them developing long-term issues.

There is a lot that parents have to learn about raising their kids, but we are always here to help: https://basepointacademy.com/