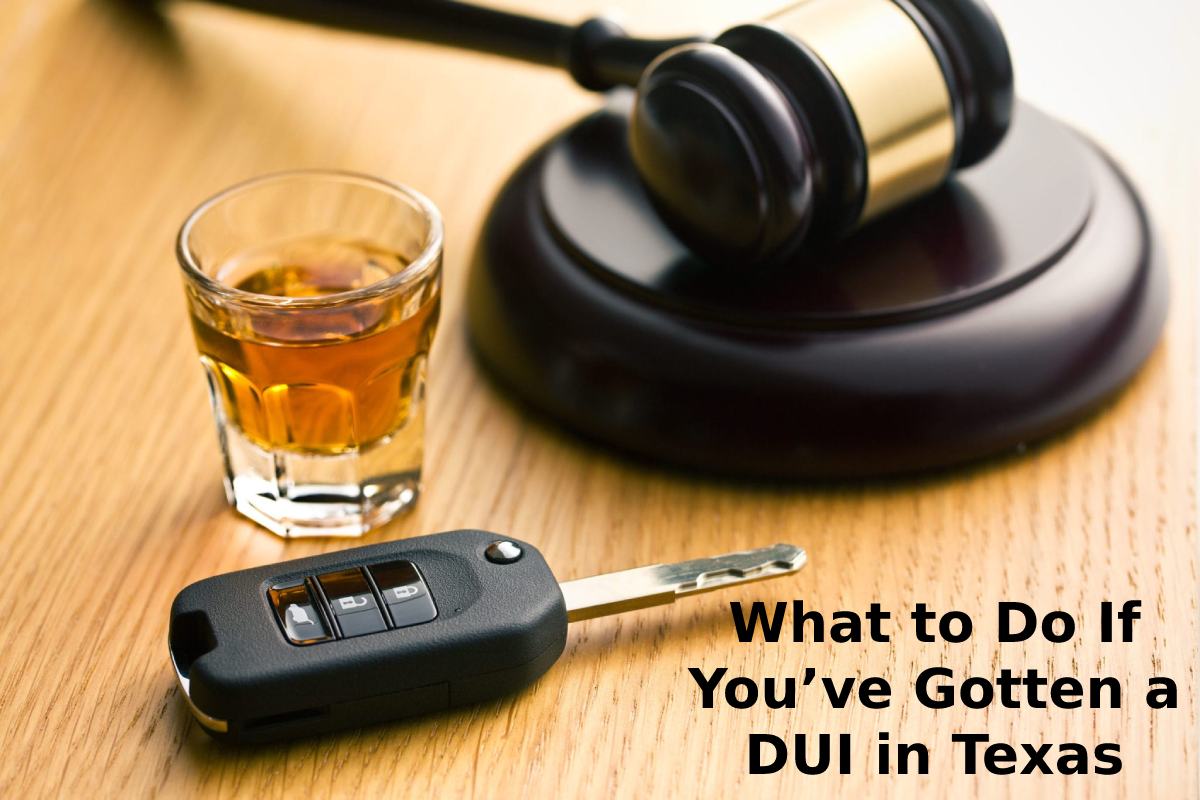 What to Do If You’ve Gotten a DUI in Texas

Gotten a DUI in Texas

Whether it’s your first, second, or even third offense, getting a DUI in Texas requires you to handle the consequences.

This can seem like an overwhelming time, but you’ll need to start taking the necessary measures to move forward with as few future repercussions as possible.

Here’s what you need to know if you’ve gotten a DUI in Texas.

The first thing you’ll want to do is hire an attorney. Make sure to find someone who specifically works as a DUI attorney in Texas. The laws in this state are incredibly strict around DUIs, so making sure you’ll have someone you can trust to do a thorough investigation of your case is essential.

It’s best if you have a good understanding of the laws in Texas when it comes to DUIs. Anyone is considered driving under the influence with an alcohol blood level of 0.08%, regardless of whether you’re in a car, boat, or other motorized vehicle.

Having other drugs in your system that could impair your ability to operate a vehicle will be considered a DUI. It’s also important to mention that driving with an open container, regardless of your blood alcohol level, is considered illegal.

Your offense will determine what the repercussions are. Here are the penalties by offense according to the Texas Department of Transportation website.

If you’re operating under the influence with children under the age of 15 in the vehicle, there are additional penalties included. You’ll be charged with endangerment of a child, along with penalties equivalent to your third offense on top of your initial charges.

Typically, a police officer who has pulled you over for a DUI will ask you to take a field sobriety test. This could be in the form of performing various tasks outside of your vehicle, along with an evaluation by the officer.

You’re not required by law to take these tests. It’s within your right to request that you wait to take any tests until you are in contact with your attorney.

Breathalyzer or blood tests are also not required by law. However, if your refuse to take one, you could automatically have your license revoked for upwards of 180 days. This is called implied consent.

Do Not Provide Extra Evidence

Upon being pulled over, you may feel inclined to defend yourself. Before you speak with an attorney, do not try and fight your case. Everything you say and do can be used against you in a court of law.

You’ll also be on camera from the police officer’s vehicle, which can also be used as evidence for the jury. Slurred speech or alcohol on your breath are all ways to support the initial arrest. Let the defense come for your hired criminal defense attorney

When a police officer arrests you, they tell you first that you have the right to remain silent. Understand what the laws are and what your rights as a citizen of Texas are.

Before trying to fight any case on your own, make sure to hire an attorney to properly handle your case to avoid further penalties.

Most importantly, to avoid a DUI, do not drink and drive. Use a rideshare app or call a friend to drive you if you need assistance. You can save lives by making good choices.

If you’re concerned about yourself or someone else experiencing signs of alcoholism, contact the Substance Abuse and Mental Health Services Administration (SAMHSA) National Helpline at 1-800-662-4357.

How can Teachers Improve Their Way Of Teaching?

What is Bharat Financial Inclusion Limited?